Beijerinck and Winogradsky initiate the field of environmental microbiology

Contrary to what you would believe from news and advertising, the vast majority of bacteria are harmless to humans, and a large number are helpful. Understandably, early work in microbiology focused on pathogenic microbes and treatment of the diseases they caused. Martinus Beijerinck and Sergei Winogradsky began the transition from this early work into the present era, where we study the molecular biology of a wide variety of microorganisms. Both were interested in microbes present in the soil and water, and their work founded the discipline of environmental microbiology. A great deal of what we understand about bacteria in the environment and their impact can be traced back to the efforts of these two scientists.

Martinus Beijerinck, depicted in Figure 1.17, was originally trained as a botanist and began studying the microorganisms present in and around plants. He soon began experiments with microbes in the soil. His greatest contribution was the development of enrichment media. Previously, microbes were cultivated on media consisting of potatoes or extracts of leftover animal renderings. Such media would support the growth of many different bacteria, with chance and population density dictating what became dominant in the culture. In many cases, this was desirable, but in other cases, it was of interest to find bacteria capable of performing certain chemical conversions. 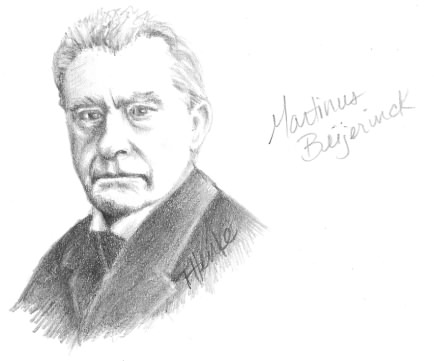 Beijerinck discovered that by adding or removing certain compounds from the medium or incubating under different conditions, it was possible to favor the growth of certain microbes and prevent the growth of others. An example is Beijerinck's work with nitrogen-fixing bacteria, which are important in agriculture and the global cycling of nitrogen. They are capable of taking nitrogen gas (N2) from the air and reducing it to ammonia (NH3). Nitrogen fixation is important since most organisms, including agriculturally important plants, can only use reduced nitrogen compounds such as ammonia. Beijerinck wanted to isolate an organism capable of fixing nitrogen in the presence of air because all previous isolates fixed nitrogen only under anaerobic conditions. By making a medium that did not contain a source of fixed nitrogen and then incubating in the presence of air (containing N2), he demanded that any microbe growing in the medium had to be able to derive its nitrogen by performing aerobic nitrogen fixation. Using this method, he succeeded in isolating a new microbe (Azotobacter chroococum) with these capabilities. Similar selective culture techniques (as he liked to call them) enabled his laboratory to isolate sulfur-reducing and sulfur-oxidizing bacteria, Lactobacillus species, green algae and many other microbes. Selective culture techniques have since been applied to many different groups of microorganisms, allowing them to easily be brought into pure culture.

Sergei Winogradsky, pictured in Figure 1.18, was also interested in soil bacteria, especially those involved in cycling nitrogen and sulfur compounds. He was one of the first to isolate microorganisms responsible for converting these elements in the soil, obtaining pure cultures of bacteria capable of oxidizing ammonia to nitrate. Winogradsky also studied the consumption of hydrogen sulfide gas by sulfur-oxidizing bacteria directly in their natural habitat. 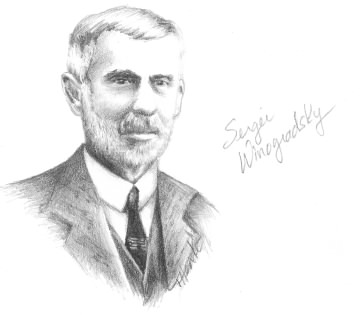 When working with Beggiatoa (one of these sulfur-oxidizing bacteria) he discovered it was obtaining its cell carbon from carbon dioxide. He used the term autotrophy to describe this property, a radical idea at the time, and one not readily accepted by other microbiologists. This led Winogradsky to propose the concept of chemolithotrophy; bacteria capable of growth using purely inorganic sources of carbon and energy. He realized that these microbes were essential for the cycling of nutrients in the environment, and the living world was dependent upon their action, long before others accepted the idea.

As a result of the work of Winogradsky and Beijerinck, there was great enthusiasm for identifying and classifying the bacteria inhabiting our natural world. For the first part of the 20th century many scientists isolated microbes and made proposals for their organization into genera and species. In 1909 Sigurd Orla-Jensen suggested a classification scheme based on the functions and abilities of the bacteria, such as growth on certain compounds or the production of specific by-products. The Society of American Bacteriologists, later to become the American Society of Microbiology, applied this technique to prepare a report on the classification of bacteria. This report eventually evolved into Bergey's Manual of Determinative Bacteriology in 1923 and subsequent editions have become authoritative reference works. 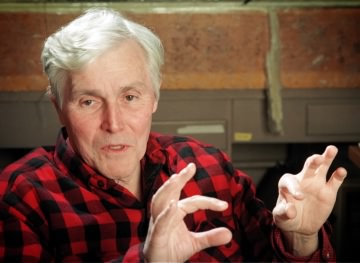 Several decades passed during which bacteria became tools for understanding life, but their place in evolution was of little interest. Then in 1961 Brian McCarthy and E. T. Bolton developed methods for comparing genetic material between species, and Linus Pauling and Emile Zuckerkandl formalized the idea of using the makeup of biological molecules, their sequence, as a way to determine phylogenetic relationships. Later, Carl Woese, pictured in Figure 1.19, began to use this insight, choosing the sequence of ribosomal RNA as the basis for evolutionary comparisons. His initial efforts used the smaller RNA, termed 16S, of bacterial ribosomes, which he showed to be a marvelous "evolutionary clock." This analysis was a watershed event for the evolutionary classification of bacteria. In 1977 Woese used this technique to suggest dividing known bacteria into two separate domains that we now call Bacteria and Archaea, radically changing our view of the microbial world. Because all organisms have ribosomal RNA, scientists now apply this method of analysis to the identification and classification of large classes of organisms such as protozoa, fungi, plants and birds, fundamentally reshaping our views of the biological world. In subsequent years determination of 16S rRNA sequences, and then complete genomes, of microorganisms has enabled their natural classification. A review by Olsen, Woese, and Overbeek provided a catalyzing summary of the tree of life for microbes, including eukaryotic microorganisms. This reorganization has reshaped our view of the tree of life for all organisms and helped reassert the important role of microbes in shaping the past and affecting the earth's future. A renewed interest in environmental microbiology began in the 1980's and molecular techniques developed in the ensuing decades have allowed scientists to finally get a true picture of the environment. Landmark studies by Norman Pace, J. Craig Venter, and others have revealed the dominance of microbes in the environment. Many isolates are unculturable, and many of the proteins that are part of these microbes perform unknown functions. We have much to learn about our environment. Table 1.6 lists the significant events in environmental microbiology.