1-6 Spontaneous generation was an attractive theory to many people, but was ultimately disproven.

Spontaneous generation hypothesizes that some vital force contained in or given to organic matter can create living organisms from inanimate objects. Spontaneous generation was a widely held belief throughout the middle ages and into the latter half of the 19thcentury. Some people still believe in it today. The idea was attractive because it meshed nicely with the prevailing religious views of how God created the universe. There was a strong bias to legitimize the idea because this vital force was considered a strong proof of God's presence in the world. Proponents offered many recipes and experiments in proof. To create mice, mix dirty underwear and wheat grain in a bucket and leave it open outside. In 21 days or less, you would have mice. The real cause may seem obvious from a modern perspective, but to the supporters of this idea, the mice spontaneously arose from the wheat kernels.

Another often-used example was the generation of maggots from meat left in the open. Francesco Redi revealed the failing here in 1668 with a classic experiment. Redi suspected that flies landing on the meat laid eggs that eventually grew into maggots. To test this idea, he devised the experiment shown in Figure 1.11. Here he used three pieces of meat. Redi placed one piece of meat under a piece of paper. The flies could not lay eggs onto the meat, and no maggots developed. The second piece was left in the open air, resulting in maggots. In the final test, Redi overlayed the third piece of meat with cheesecloth. The flies could lay the eggs into the cheesecloth, and when he removed this, no maggots developed. However, if Redi placed the cheesecloth containing the eggs on a fresh piece of meat, maggots developed, showing it was the eggs that "caused" maggots and not spontaneous generation. Redi ended the debate about spontaneous generation for large organisms. However, spontaneous generation was so seductive a concept that even Redi believed it was possible in other circumstances. 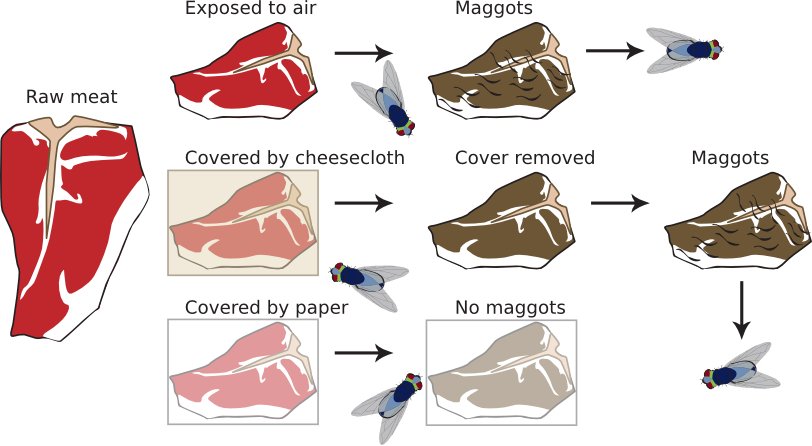 Figure 1.11. The Redi experiment.. Using several pieces of meat, paper and cheesecloth, Francesco Redi produced compelling evidence against the theory of spontaneous generation. One of the strong points of this experiment was its simplicity, which allowed others to easily reproduce it for themselves. See the text for details of the experiment.

The concept and the debate were revived in 1745 by the experiments of John Needham. It was known at the time that heat was lethal to living organisms. Needham theorized that if he took chicken broth and heated it, all living things in it would die. After heating some broth, he let a flask cool and sit at a constant temperature. The development of a thick turbid solution of microorganisms in the flask was strong proof to Needham of the existence of spontaneous generation. Lazzaro Spallanzani later repeated the experiments of Needham, but removed air from the flask, suspecting that the air was providing a source of contamination. No growth occurred in Spallanzani's flasks, and he took this as evidence that Needham was wrong. Proponents of spontaneous generation discounted the experiment by asserting that the vital force needed air to work properly.

It was not until almost 100 years later that the great French chemist Louis Pasteur, pictured in Figure 1.12, put the debate to rest. He first showed that the air is full of microorganisms by passing air through gun cotton filters. The filter trapped tiny particles floating in the air. By dissolving the cotton with an ether/alcohol mixture, the particles were released and then settled to the bottom of the liquid. Inspection of this material revealed numerous microbes that resembled the types of bacteria often found in putrefying media. Pasteur realized that if these bacteria were present in the air, they would likely land on and contaminate any exposed material. 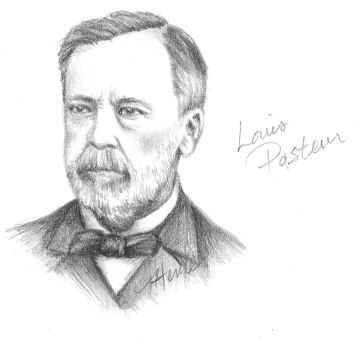 Pasteur then entered a contest sponsored by The French Academy of Sciences to disprove the theory of spontaneous generation. Similar to Spallanzani's experiments, Pasteur's experiment, pictured in Figure 1.13, used heat to kill the microbes but left the end of the flask open to the air. In a simple but brilliant modification, he heated the neck of the flask to melting and drew it out into a long S-shaped curve, preventing the dust particles and their load of microbes from ever reaching the flask. After prolonged incubation, the flasks remained free of life and ended the debate for most scientists. 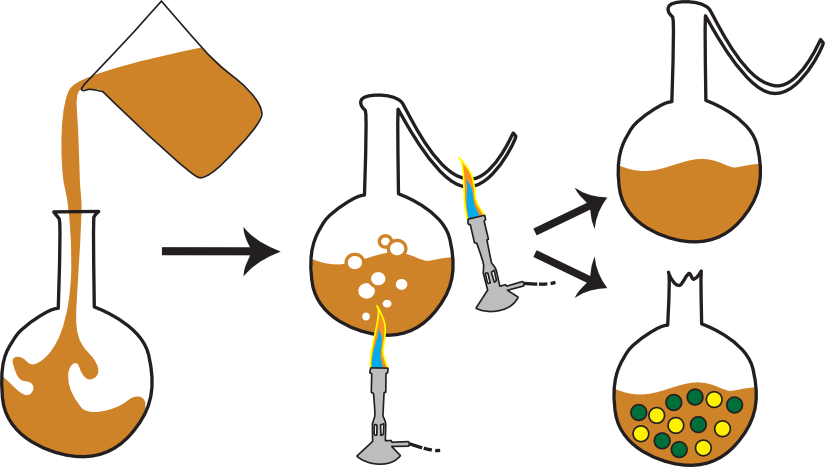 Figure 1.13. The swan neck flask experiment. Pasteur filled a flask with medium, heated it to kill all life, and then drew out the neck of the flask into a long S shape. This prevented microorganisms in the air from easily entering the flask, yet allowed some air interchange. If the swan neck was broken, microbes readily entered the flask and grew

A final footnote on the topic was added when John Tyndall showed the existence of heat-resistant spores in many materials. Boiling does not kill these spores, and their presence in chicken broth, as well as many other materials, explains the results of Needham's experiments.

While this debate may seem silly from a modern perspective, remember that the scientists of the time had little knowledge of microorganisms. Koch would not isolate microbes until 1881. The proponents of spontaneous generation were neither sloppy experimenters nor stupid. They did careful experiments and interpreted them with their own biases. Detractors of the theory of spontaneous generation were just as guilty of bias but in the opposite direction. It is somewhat surprising that Pasteur and Spallanzoni did not get growth in their cultures since the sterilization conditions they used would often not kill endospores. Luck certainly played a role. It is important to keep in mind that the discipline of science is performed by humans with all the fallibility and bias inherent in the species. Only the self-correcting nature of the practice reduces the impact of these biases on generally held theories. Spontaneous generation was a severe test of scientific experimentation because it was such a seductive and widely held belief. Yet, even spontaneous generation was overthrown when the weight of careful experimentation argued against it. Table 1.3 lists important events in the spontaneous generation debate.