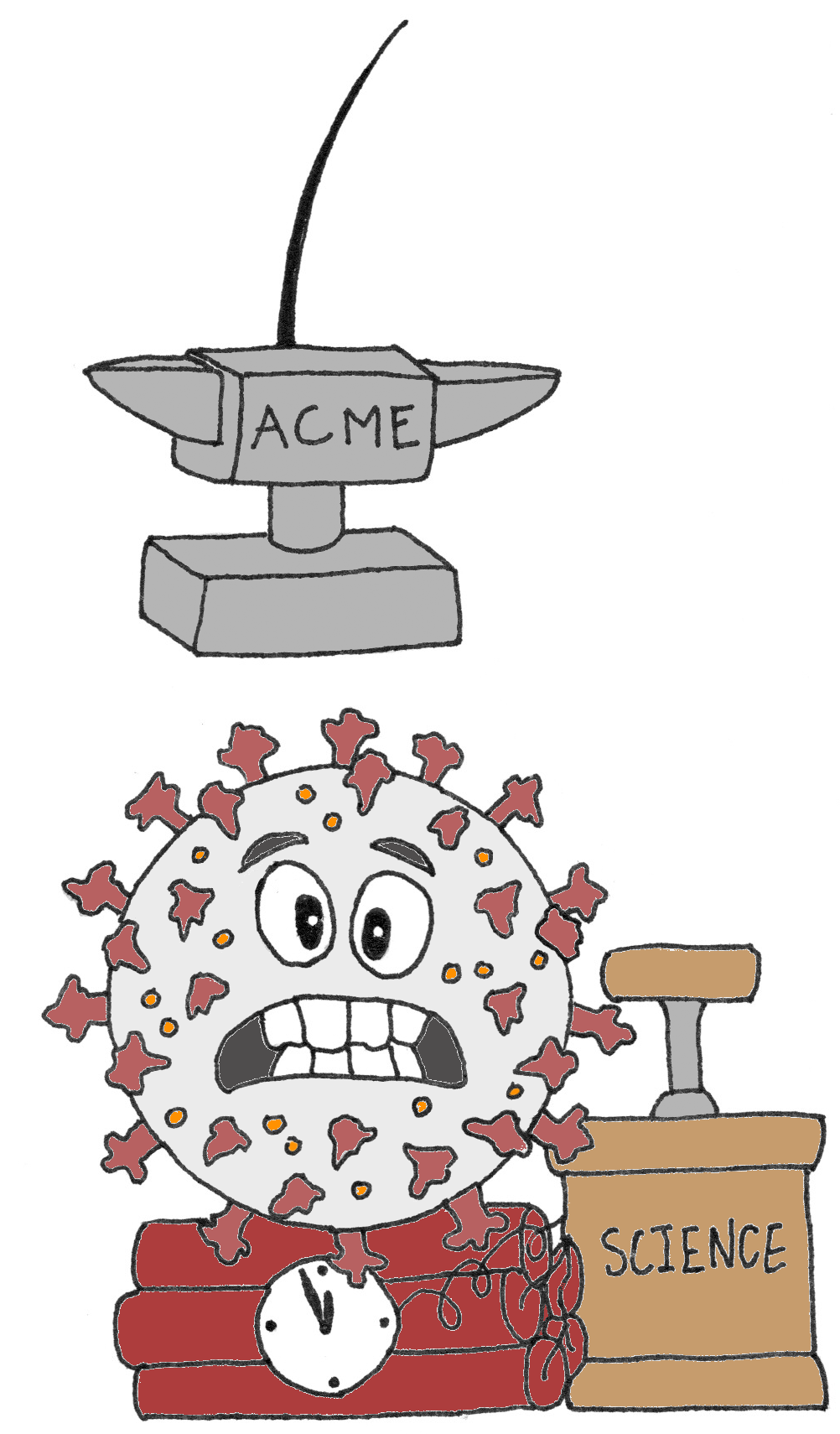 What is a virus?

Before we can talk about COVID-19, you need to understand some background about the virus, SARS-CoV-2 (COVID-19) is the name of the disease, SARS-CoV-2 is the name of the virus). And before you can do that, you need to understand the definition of a virus. A virus is not a living thing. It is more like a machine. It will have an outer shell, and within that shell is a small set of recipes that describes how to make a set of enzymes. This recipe book uses the same language that living things of this planet use: nucleic acids. These enzymes are molecular machines that, instead of doing useful work for the cell, pervert its functions and force it to make copies of the virus. Eventually, the virus leaves the cell, either by budding from the cell membrane or by killing the cell and causing it to burst open. The virus then spreads to other cells. Viruses are enemies of their hosts. If they are not dealt with effectively, they can lead to chronic damage to their host and, in the worst cases, death.

SARS-CoV-2 is one type of virus that infects humans; specifically, it is a coronavirus. A membrane decorated with several proteins surrounds SARS-CoV-2, with the spike protein probably being the most important for immunity. The prominent spike proteins give the virus the appearance of a solar corona, thus the name of the family (Figure14-1). 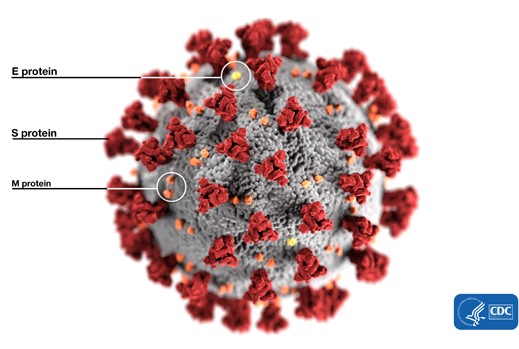 Figure 14.1. An artists depiction of the outside structure of the SARS-CoV-2 coronavirus. Note the ubiquitous presence of the Spike (S) protein on the surface of the virus. Image by Alissa Eckert and Dan Higgins from the CDC and is in the public domain.

Your genes, which determine all your capabilities, are encoded in DNA. Some viruses do an interesting trick in that they don't use DNA for their genomes, but instead use RNA. RNA is another type of nucleic acid that can encode information, but it does not store hereditary information in living things. RNA is unstable, and, if used in our chromosomes, too many genes would mutate and be lost. However, coronaviruses do use RNA as their genetic material, and they appear to be able to get away with it since they continue to exist. These viruses contain a single strand of RNA that is about 30,000 bases long. A strand of nucleic acid that long is pretty big for an RNA virus (there are lots of other RNA viruses in the world, but they tend to be about 10,000 bases or less). One of the genes encoded by this RNA is for an RNA replicase that can copy the viral genome. Your host cells do not have an enzyme that is willing to copy RNA into RNA, so the virus has to provide its own. The large RNA replicase is unusual in that it encodes a proofreading ability, which is probably necessary given the large size of the virus. Because of this editing capability, these coronaviruses don't change as quickly as other RNA viruses, such as the influenza virus.

SARS-CoV-2 enters cells by attaching to the ACE2 (angiotensin-converting enzyme 2) protein. ACE2 receptors are common on epithelial cells that line the lung, heart, kidney, brain, and gut, thus accounting for the widespread infection of different organs. Once SARS-CoV-2 binds, the cell then takes up the virus. Why in the world would the host cell willingly do this? That is one of the many clever things viruses do. To enter cells, viruses take advantage of material transport pathways in the host. SARS-CoV-2 hitches a ride on the endocytotic pathway in human cells. The host cell engulfs the virus in a membrane, called an endosome, that floats like a little bubble inside the cell. From there, the virus's entry into the cytoplasm depends upon acidification of the endosome, cleavage of the spike protein by the host, and a conformational change. When all this happens, a membrane fusion between the viral envelope and the endosome occurs, and the nucleocapsid then enters the cytoplasm. When the coronavirus genome enters cells, it pretends to be something called a messenger RNA. mRNAs are copies of genes headed to the protein factory of the cell, the ribosome. The ribosome will translate the recipe encoded in a mRNA into a protein. Thus, the SARS-CoV-2 RNA fools the ribosome into translating it into viral proteins. These viral proteins make copies of the viral RNA, form into the spike, E and M proteins, and perform other various functions for the virus. After enough copies of the virus and viral proteins are present, they will assemble at the host membrane, and new virions then bud from the cell. These viruses then go in search of other cells to infect.